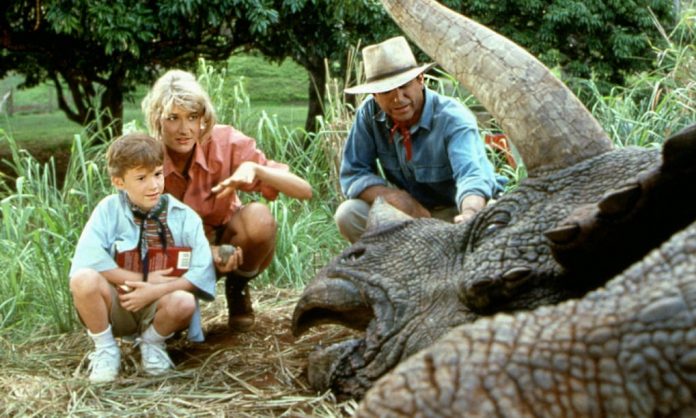 Digital technology revolutionized cinema in 1993; today it threatens to destroy it. The signs were there 28 years ago: Jurassic Park, with its dinosaurs representing an evolutionary leap, was the highest-grossing film of the year.

The hyper-realistic computer effects stunned the audience for the whole six minutes.

There were no major series or effects films in the UK Top 10 that year: there was Aladdin, The Bodyguard, and Coppola’s Dracula, for example (mostly released in 1992 in the US). It’s becoming more uncommon to find a non-franchise film in the top ten, and even more so to find six CGI-free minutes in any of them.

Form and content have both been transformed by digital. Streaming services are on the rise, blockbusters being published online at the same time as they are in theaters, and movie theaters are fighting to remain open as a result of the epidemic.

As a consequence, the definition of a “real” film is currently up for dispute. In contrast to her own studio-made but CGI-heavy Wonder Woman, Patty Jenkins has called streaming films “fake movies.”

Although he wasn’t above utilizing digital effects in The Irishman, Martin Scorsese criticized effects-driven superhero flicks as “not cinema.” When were movies meant to be realistic in the first place?

Everything hasn’t become worse because of digital. Apart from video, the only means to watch old or obscure films in 1993 was on terrestrial television or in a rep cinema like London’s Prince Charles (which still regularly shows Jurassic Park).

We now take it for granted that we can view almost anything at any time and from any location, and that we have a far wider range of options. Cinema has become more accessible thanks to digital technology.

Plus, it’s not a zero-sum game: cinema admissions in the United Kingdom were greater in 2019 than they had been since the early 1970s.

Much else has improved since 1993: the industry was mostly white and male-dominated back then; it is now somewhat less so. The seeds of change were sown: Jane Campion became the first woman to win the Palme d’Or in Cannes that year (for The Piano, although we had to wait until this year for the second: Julia Ducournau with Titane).

Tom Hanks received the Academy Award for Best Actor in a Supporting Role for his controversial portrayal of a homosexual man with Aids in Philadelphia (awarded in 1994). Sally Potter’s Orlando, Spike Lee’s Malcolm X (in the UK), What’s Love Got to Do With It, and a slew of other films dominated the year.

Women, persons of color, and LGBTQ+ filmmakers now have much more opportunities. This diversity of tales and viewpoints has greatly enhanced the cinematic experience.

That, not technology, must certainly be the key to its existence. The Guide is becoming extinct, but film continues to develop.

It is up to us to decide where it will go next.

Thanks to Steve Rose at The Guardian whose reporting provided the original basis for this story.