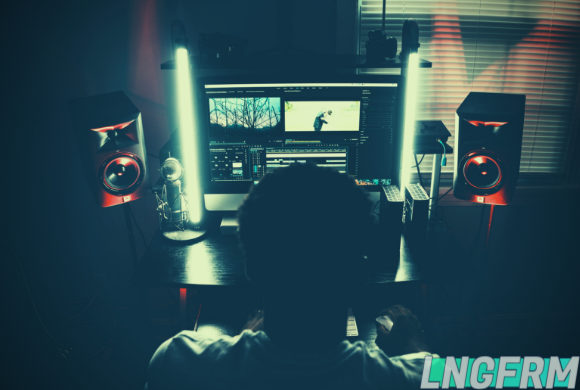 Remember that movie, ‘Hunt for the Wilderpeople’? (If you haven’t seen it, go ahead and switch it on now.)

Sam Neill’s character can’t even read, but he can handle himself in the wild like nobody’s business, a skill he describes as “the knack.”

Chances are we all have the knack when it comes to some specific skill. Some of us are good at boiling complex ideas down into succinct metaphors. Some of us can take a few basic ingredients and create something unique, beautiful, and delicious.

Some of us can take hours and hours of raw footage and craft it into a cohesive story with enormous emotional impact. We call these people professional editors.

Even the great film auteurs of our time (Paul Thomas Anderson, Wes Anderson, David Fincher) never edit their own work. Generally speaking, it’s the director’s job to shoot all the right footage, and the editor’s job to shape that footage into a narrative.

Despite the importance of editing to a film’s tone and coherence, editors rarely receive media attention.

But here’s the thing: all filmmakers can learn a lot from editors, regardless of their own specialization, and that’s exactly why we talked with editor extraordinaire Yixia Li.

Li, originally from China, had a very serendipitous introduction to the power of editing, and once he had a taste for it, there was no way he was going to do anything else with his career.

He’s worked on many short films, in addition to feature films and corporate work. He also volunteers with NFMLA (New Filmmakers Los Angeles), an organization that seeks out and showcases talented up-and-coming filmmakers.

Li is happiest when working, despite the inherent strain of assembly and editing. He was just as happy to talk to us about his work as well as some of the work that has inspired him through the years.

We invite you to read and enjoy the full interview below. Those looking for even more can visit Li’s website here.

When you first started watching movies, did you have an appreciation for editing, or did that come later?

Li: Not really. I started watching films for entertainment. Later, when I was in high school, I watched more and more films, using the excuse that it helped me improve my English. From there I realized that I was very passionate about watching films. I get very emotional when I watch films. There’s always a feeling of satisfaction when I finish a film with a happy ending

I had never thought about entering the filmmaking world and becoming an editor until my sophomore year in college. I was working on a Powerpoint presentation. I wanted to impress everyone, so I studied a lot of tutorials to learn how to make a presentation more vivid.

I started to think, why don’t I just make a video instead? That was the first time I opened the Moviemaker app. I remember that I spent the whole night working on the video, and everyone loved it. That’s when I realized that, if I could work on something all night and not feel tired or bored, it must be something I’m truly in love with.

The most recent Oscars started an argument about bad editing being the most noticeable kind of editing. Do you think that people only tend to notice editing when it’s flashy or unorthodox?

Li: It’s interesting to hear that because I used to hear people say that good editing is hard to notice. For me as an editor, I think noticeable editing can be good or bad. I remember watching a blockbuster fantasy film in the theater last year. There was one moment that bothered me, and I couldn’t let it go after the film. The editing was awful and it confused the relationship between the characters.

But I’ve also noticed brilliant editing in films I’ve watched in the theater. I recently watched a short film at a film festival. It had an amazing three-person fight scene, and I just had to tell the filmmaker that the editing in that scene was fantastic.

Then there are times when I don’t really notice good editing until long after I’ve seen the movie. I think good and bad editing can be defined in many different ways.

What are some changes in editing style that we might see in the coming years?

Li: I’ve noticed that more and more directors have started to write their own stories. I hope this results in more stylish editing. Instead of doing traditional coverage and cutting back and forth, I think there will be more different editing styles with the directors’ own signatures. That’s what I think we might be able to see more of in the coming years. How often do you get to talk with other filmmakers outside of production?

Li: Sometimes. When I’m not editing, I also work for a non-profit organization called New Filmmakers Los Angeles. We hold monthly film festivals throughout the year. I actually had a lot of opportunities to meet filmmakers in person and watch the selected films every month.

Due to my heavy workload, however, I actually don’t have a lot of free time to speak with other filmmakers. But still, this work allows me to meet different talented filmmakers every month and I get to enjoy their work. It’s incredibly rewarding.

Do you think that all directors should have a thorough understanding of editing?

Li: Definitely. I think a good director should start to think about editing in pre-production. Having a basic understanding of editing will not only help the director to communicate with the editor and cinematographer but also help establish a general tone, and the pacing of each scene.

Editing is also a kind of directing, deciding which character to focus on, the pacing of the scene or using editing to emphasize the tension. I think a director should have a thorough understanding of editing. What I found interesting is that most directors I have been worked with have great potential to be great editors themselves.

Where do you find your inspiration most often?

Li: When I’m working with directors, they usually send me some reference films. I will try to watch all of them to get a basic idea about the film. I will focus myself to think like the director. If I were the director, what would I do?

For me as a filmmaker, ‘The Matrix’ is my favorite film and it is the film I always watch again and again to get inspiration. I like films about people being trapped in a physical location, and this location is a reflection of their mental situation. These kinds of ideas are always compelling to me.

Do you think that different art forms can inform each other?

Li: I definitely agree with that idea. Before I went to graduate school, I was able to spend one year at the San Francisco Art Institute, which is an art school dedicated to fine arts.

I’ve seen a lot of different art forms including experimental films, paintings, sculpture, and printmaking. In the beginning, I didn’t know anything about these art forms. But after a while, I started to understand a little bit about them.

Since they don’t divide students according to their majors, I got a chance to spend time with students who do painting or still photography. I definitely see how different art forms inspire each other. Do you enjoy sharing your work with audiences? Has an audience’s response ever felt unexpected?

Li: I’m a very shy person and I’m not always good at expressing myself. I’m very careful about sharing my work with a large audience. Before that, I have to make sure that I’m satisfied with the work.

If I’m not satisfied with the work, I’ll probably be hesitant to share it. Even if I share some of my finest work, I always look at them in a critical light, analyzing it and figuring out what can be better. I guess because of that, the response I get from the audience never feels unexpected.