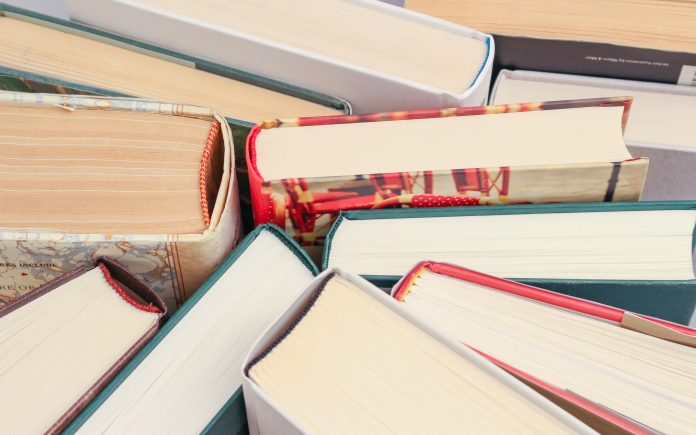 With the constant onslaught of media these days, it can be hard to set time aside to finally get some reading done.

And it can be even more difficult to get your hands on some great book recommendations. We’re here to help with both.

Even more difficult is finding quality media that has the potential to broaden your perspective on life as a whole.

Here’s a list of 10 books from the 21st century every man should read, sooner better than later. Feel free to add your own recommendations in the comments below. Junot Diaz did something incredible with his 2007 novel, ‘The Brief Wondrous Life of Oscar Wao.’

Not only did the story manage to stay interesting throughout and delight readers around the world, but it also introduced many readers to a crucial moment in Dominican history.

It also managed to represent a whole new archetype in popular media, namely the nerdy Hispanic character who just wants to find love and acceptance.

It seems silly to say now, but in the early 2000s, this type of character just didn’t exist in mainstream entertainment.

Oscar Wao has become a kind of modern myth, a symbol for the difficulties and joys of trying to assimilate to a new culture, in a new country.

This book tells the story of what it can feel like to immigrate to the U.S., and how much work it takes to be accepted as an American.

A Visit from the Goon Squad – Jennifer Egan

This 2012 novel from Jennifer Egan had a major impact on contemporary writing in America. And if you don’t believe me, I’ll just go ahead and mention that the book won the Pulitzer. Across 13 separate stories, characters are introduced who span multiple generations and locales around the globe.

Apart from the incredible emotional investment the reader feels during each story, the book also finds a way to link each independent story in very subtle ways.

This format, of telling one large narrative through the use of distinctive short stories, has since become an incredibly popular storytelling method.

The premise of this 2005 novel is nearly perfect: a group of young clones grow up together, allowed to survive only as a source of organs for the original human being they were cloned from.

For the bulk of the story, it’s easy to forget that any of these characters are clones.

It’s not until the end of the book that that specific element starts to play a major role in the lives of these characters.

Kafka on the Shore

Murakami has made himself one of the most widely-read Eastern authors of modern day. Born in Japan, he has spent his life penning inventing and mind-bending stories. ‘Kafka on the Shore’ is one of these stories.

Arguably his most famous work, this novel tells the story of a young man who runs away from home to keep from becoming what he thinks he is destined to be.

Alongside David Foster Wallace, Jonathan Franzen is one of the most famous American writers currently working.

‘The Corrections’ was a major breakthrough for Franzen’s career and it remains his most well-known books.

It tells the story of a family, as they fall apart through an escalating and dramatic series of events.

It’s beautiful and it’s contemporary, and that alone makes it required reading for our time.

How Should a Person Be? – Sheila Heti

Sheila Heti got her start writing short fiction, with many of her pieces being published in McSweeney’s literary magazine. ‘How Should a Person Be?’ is a hybrid genre, of both nonfiction and fiction elements. It tells a heightened version of an autobiographical story.

This book feels incredibly modern and quickly becomes a page-turner.

It’s hard to believe that this post-apocalyptic classic only came out in 2006. Its story feels ancient and timeless.

A man and his son walk the country, surviving as best they can after an unspecified apocalypse has destroyed civilized society.

It’s part horror story, part tragedy, and part science fiction. It can be tough to get through at times, but it’s a story that we should all experience at least once.

You Too Can Have a Body Like Mine – Alexandra Kleeman

Alexandra Kleeman is still in her twenties and she’s already written one of the best works of postmodern fiction in years. The story follows the style and structure of a Don DeLillo novel, and reaches some of the same surreal depths.

A young woman slowly drifts into a cult that has a thing for grocery stores. And that’s just the surface story.

All My Puny Sorrows – Miriam Toews

Toews hasn’t discussed this in detail, but the story behind ‘All My Puny Sorrows’ is loosely based on the author’s own experience of a death in the family.

This novel is slow, moving, and beautiful. It follows a woman as she works through the loss of her sister, years after the fact.

We learn about her life, about her family, and we learn a little about ourselves as well.

Gary Shteyngart’s movies are just some of the most fun to read, especially with regards to contemporary American fiction. ‘Super Sad True Love Story’ is a sci-fi novel about a regular guy. He’s not going to save the day, and in many ways, the apocalypse has already taken place, in very subtle ways.

This sad man tries his best to keep heart in a world that has no real use for him.

It is sad, it’s not true, and it is, ultimately, a love story.

Every one of these books can be purchased used on Amazon and other online retailers for less than half the original sticker price.

Go ahead and order a few at once, and finally get going on your personal reading list.