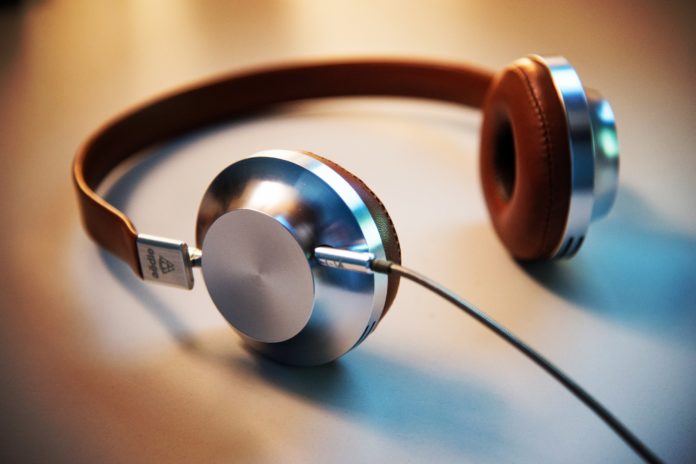 I think we all want to continue learning long after leaving organized educational institutions behind. But with the vast amount of information and outlets on the internet, it can difficult knowing where to start.

Podcasts offer an easy, hands-free way to study up on almost any topic you can think of. Maybe you want to learn more about the music industry or delve into the world of contemporary psychology. The sky’s the limit here, and it’s all free for the taking.

We’ve compiled a list of some of the best intellectual podcasts around. Each one of them will get you started on a journey to knowing more about yourself and the world around you. This one rides the line between podcast and actual radio show. It’s both, really.

Roman Mars is the creator, producer, and narrator of the series. He speaks with experts in a wide variety of professional fields and highlights the small details of their work that likely go unnoticed by the general public.

Originally starting out as an architecture show, 99% Invisible has since come to release episodes on toothbrushes, city flags, and so much more.

Best of all is that episodes usually stay under 30 minutes in runtime. This makes it easy to listen through several episodes while at work or during your morning commute.

Soon enough, you’ll start to notice things about the physical world itself, and start to wonder why something was designed the way it was.

Ira Glass’s groundbreaking podcast has become one of the most listened to, and the most famous, in the history of the medium. That should probably be enough of a selling point on its own.

To put it as simply as possible, Glass spends each episode telling a story about life in America today. That sometimes means talking about the treatment of wild seals in the Bay Area, and sometimes it means telling the inspiring story of comedian Tig Notaro and how lived and learned through a string of heartbreaking life events.

This American Life has won too many awards to list here, and they’re well deserved. Somehow, a podcast has gone about the business of keeping a log of what it’s like to live in the U.S. today. If politics are your kick, then you’re in luck. There are many different political podcasts that do a great job of offering opinions not often shown on television and typical broadcast news sources.

Chapo Trap House is arguably the most offensive political podcast on the market, and not due to the political opinions of its hosts. Instead, the filth comes from irreverent jokes the hosts like to tell, and their refusal to adhere to PC terms and phrases.

The show is left-leaning, to say the least. It originally started during the lead-up to the 2016 Presidential Election.

Since then, Chapo Trap House has turned its attention mainly to the exploits of the current administration and what regular people like you and me could potentially do about it.

Starting out back in 2014, Song Exploder has a unique format. Basically, a guest musician brings the master tracks from one of their songs onto the show.

With the help of the host, the musician guides listeners through individual tracks from the song. For example, vocals, bass, percussion, and more can be isolated for listening, revealing many of the nuances hidden in the song. The podcast can serve as a learning tool for those interested in music and music production. It’s also just a great way to hear from some of your favorite artists, especially when they explain where the idea for the song came from and what the lyrics really mean.

Shankar Vedantam, an electronics engineer and journalist currently working with NPR, hosts this entertaining and informative look into contemporary social sciences and the many quirky habits of human behavior.

Many such habits can be attributed to a specific person’s individual personality, but it turns out that many of the things we do almost without thinking can be explained by basic concepts of psychology and sociology.

Hidden Brain tells important stories about what makes us tick, and how we can better understand ourselves and influence positive decision-making in the future.

It usually starts with Maron speaking to the mic on his own, delivering what could be called an audio diary of his past week. There’s no end to how many things can get Maron worked up.

It could be an interaction he had at the post office, or maybe a sudden memory of an ex-girlfriend he hasn’t seen for 20 years.

This flows right into the main show, which is almost always an interview with an impressively successful individual. That includes rocker Keith Richards, musician Father John Misty, and, on one occasion, President Barack Obama.

Maybe it goes without saying based on the title, but the show tends to contain a lot of profanity, making it unsuitable for young or sensitive listeners.

This is the only straight comedy podcast included on our list. And who’s to say whether “smart comedy” really has any meaning. But if there is, MBMBaM definitely makes the cut.

The full title of the podcast is My Brother, My Brother and Me. It’s hosted by three real-life brothers: Justin McElroy, Travis McElroy, and Griffin McElroy.

All three have held a wide variety of jobs, from Olive Garden prep cook to theater carpenter to video game reviewer. But ultimately what brings them together for this wonderful podcast is a deep love of comedy.

Much of the show is based around giving facetious advice to listeners and other question-askers on famed advice site, Yahoo! Answers. But don’t expect the show to stay on the same subject for too long,  unless that subject happens to be Slimer from ‘Ghostbusters’ or the box office flop ‘Without a Paddle.’