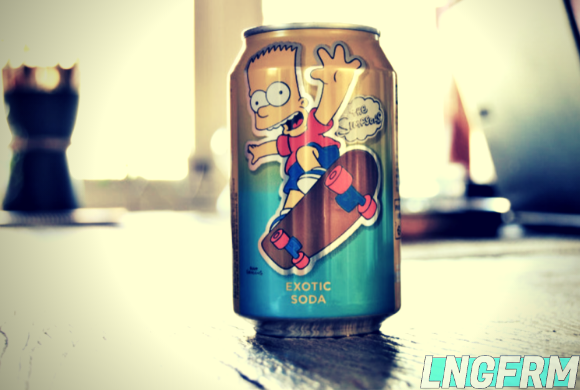 We can just sort of gloss over all the things that we can agree on. We all know that The Simpsons was a pretty great show for a while.

And we all know that it has stayed on the air for way too long and that it’s not very funny or interesting anymore.

But that shouldn’t stop us from taking another look at the Golden Age of the show and deciding which episodes we liked the best.

Each of these episodes can also serve as a great introduction to The Simpsons for any newcomers out there.

Here are the best Simpsons episodes by season, for seasons 1 through 7.

If you have a craving for even more 90s media, check out our article on 90s high school dramas.

Season 1: Life on the Fast Lane

Homer gets Marge a birthday present that’s really for himself. Marge loses it a little bit and decided she’s gonna commit to bowling, purely out of spite.

She starts to take lessons from the relatively handsome and very French instructor down at the bowling alley, just about falling for him in the process.

And yeah, of course, she ends up bailing on him and settling, once again, for her inconsiderate overweight husband.

This is one of Grampa Simpson’s greatest episodes, and also one of the most thoughtful.

Grampa feels rejected by his family and falls in love with a fellow Retirement Castle resident: B. The Simpsons pull him away from B’s birthday celebration to take him to the Discount Lion Safari.

B dies while he’s gone, leaving him her vast fortune, which he then needs to decide how to spend.

This episode has some classic twists and turns, as well as some very genuine and touching things to say about how we treat the elderly vs. how we should treat them.

These days, The Simpsons just doesn’t do social commentary quite so well.

Lisa turns out to be great at guessing the winners of football games, allowing Homer to make some serious cash from betting on the games.

At first, it’s an unexpected opportunity for the two to bond, but Lisa quickly picks up on the immoral nature of their little Daddy-Daughter activity and she bails on the whole deal before the Big Game.

Homer is left to wait out the results of the game, which will determine whether Lisa still loves him.

Oh look, it’s another Lisa-centric episode. Are you starting to see a trend here?

The episode actually focuses much more on Ralph Wiggum, the painfully dumb offspring of the local Police Chief.

Lisa feels bad that Ralph hasn’t received any Valentine’s, so she gives him one, which Ralph takes very seriously.

The two have to perform opposite each other as George and Martha Washington in the school play. Ralph uses his emotional pain to deliver a moving performance, and as a result, he’s able to better process his pain.

Principal Skinner finally gets fired by Superintendent Chalmers and is quickly replaced by Ned Flanders.

The school runs amok thanks to a total lack of disciplinary action. Bart starts getting caught just so he can enjoy the candy and soda in Ned’s office.

Meanwhile, Skinner attempts to adapt to civilian life, and he does so very poorly.

He mostly spends his time doing laundry, having his fun by choosing a different brand of laundry detergent each day.

Bart starts to feel bad for single-handedly getting Skinner fired, and he even becomes friends with Skinner outside of school.

It’s an episode with plenty of twists and turns, and in typical Simpsons fashion, it involves some serious misdirection. You think the episode is headed one way then it turns on a dime and heads somewhere completely different.

I’ll just go ahead and say it: Lisa’s Rival is one of my all-time favorite episodes of The Simpsons.

Other folks may love HOMR or Lisa’s Substitute, but this one will forever have a place in my heart.

If you’re not familiar with this episode, the basic premise is that Lisa finally has a rival, in the form of a new girl in school who is arguably much more intelligent than Lisa.

It’s not an experience she’s ever had to deal with before. It’s a solid source of conflict, and it’s one of the only times where we see Lisa be genuinely challenged.

She does her best to be friends with the new girl, but she’s reminded again and again that the girl has a seemingly ideal life, the kind of life and family that Lisa wishes she had, one that nurtures learning and intelligence.

She teams up with Bart to sabotage the new girl’s diorama, causing a moral dilemma on par with Homer’s potential infidelities in other episodes.

At the same time, we keep cutting to an ongoing prank on Milhouse, namely that Bart got Milhouse placed on the FBI’s most wanted list.

With very little context, we see Milhouse being chased by movie-style feds.

It’s just great. If you have a friend who’s never really given The Simpsons a chance, this is an excellent episode to start out with.

Season 7: Scenes from the Class Struggle in Springfield

Oh look, it’s another Marge episode. And you know what? I think Marge is one of the only truly likable characters on the show.

That’s probably a controversial opinion, but let’s just move on and talk about the episode itself.

Marge gets lucky and finds a Chanel suit at a thrift store. She’s hesitant to spend money on it but Lisa encourages her to treat herself to some nice clothes.

Almost immediately, Marge is accepted into Springfield’s upper class, mostly thanks to the suit. For a while, she does her best to hide the middle-class realities of her life from her new friends.

The story comes to a point when the family visits the Springfield Country Club. The Simpsons don’t do a very good job of hiding their true selves from the elites.

And sadly, they don’t gain any social status, returning instead to the sitcom status quo so that the rest of the show won’t feel different.