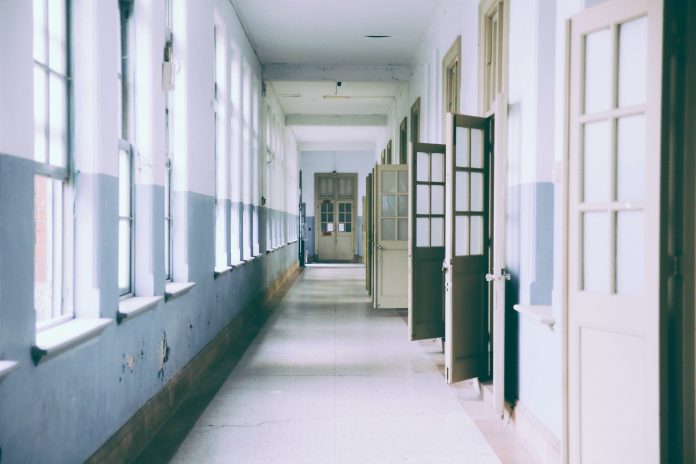 Oh, the 90s. They were a time of bold clothing splattered with geometric shapes and the rapid advancement of video game technology.

But let’s not forget that they were also a time of creative television shows and movies, many of which led the way for what we now consider contemporary entertainment.

We’re going to take a look at some of the best 90s high school dramas, because why not.

We asked our staff and our friends to vote for some of their favorite TV shows and movies from the 90s that captured the feeling of trying to navigate high school and its many difficulties.

Here are all the shows and movies that made the list, in no particular order.

If you’re more interested in the role music plays in movies, check out our article on the best musical scenes in movies right here.

Freaks and Geeks was created by Paul Feig, who you may remember as the director of the ill-fated Ghostbusters reboot. He also directed a few episodes of The Office, several of which were bona fide classics.

But long before all of that nonsense, he made this show, a show which has become a modern classic in its own right.

Freaks and Geeks was revolutionary for a few different reasons. For one, the actors cast in the show are actually the age they should be, rather than 20-somethings who are trying their best to pass for 13.

It also offered a blunt portrayal of actual issues that high schoolers have to deal with, from drug use and peer pressure to underage drinking and family problems.

Best of all, the show’s comedy never feels exaggerated or unearned. It doesn’t consist of characters delivering jokes that were very clearly written by people who are no longer in high school.

And let’s not forget that this is the show that launched the careers of Claire Danes and Jared Leto.

Boy oh boy are we thankful for that. Thank you, television, for giving us Jared Leto. We sure do enjoy the great work he’s done in recent years. He’s definitely not getting tiresome at all.

Anyway, the show gave a convincing portrayal of high school life, and make it clear how important even the small things can seem to high schoolers.

This is an experience we all shared, this obsession with people and events that we would later come to see as being completely unimportant.

But when you lock a few hundred teenagers in a building five days a week, things are bound to get weird.

From the vantage point of the modern age, Daria seems to perfectly summarize many different cultural elements of the 90s in the United States.

To start, we should make note of the fact that Daria was an MTV show. Let’s try to imagine a show like this existing on MTV today.

It just wouldn’t happen. The show is entertaining, makes use of a unique style, and actually has something to say. None of these qualities can be used to describe the shows that MTV has decided to air over the past 10 years.

The show also made an effort to portray the famed indifference of Gen X culture. The stereotype at the time was that members of Generation X cared about absolutely nothing, that they were just waiting for death.

This perception wasn’t completely accurate at the time, and it’s not accurate now. But there was a trend of young people losing hope in the possibilities of the future.

Daria is a stereotype, one who remains entertaining and relatable even to this day.

Richard Linklater has come to be associated with his high-minded art films, which include the Before trilogy and Boyhood, the film that took 12 years to make.

But his early movies, such as Slackers and Dazed and Confused focused more on the general experience of youth and efforts to understand the world at large.

Dazed and Confused is another highly realistic portrayal of high school life, this time focusing on students in the 1970s.

Many of the students in this movie are just plain mean, or even sadistic at times. There are also a few characters who have unabashedly committed themselves to drugs.

All of these elements are shown almost in documentary-style realism, which only makes them seem more important to the viewer.

Oh, and the movie also happens to have one of the greatest 70s soundtracks of any movie ever made.

Even more impressive is the fact that it was made by one of the guys who was responsible for many of the horror classics it seems to be satirizing, Wes Craven.

And while some of the other movies and shows on our list earned their spot by including realistic characters, Scream earns its place by doing the exact opposite.

For the most part, these characters are stereotypes, almost to a comical degree.

Overall, the premise of characters being aware that they are in a classic horror movie situation makes the movie a whole lot of fun to watch, time and time again.

And the skillful execution only adds to the excitement.

Just take a look at a movie like The Perks of Being a Wallflower.

Instead of creating a whimsical version of what it feels like to be in high school, it instead takes a long hard look at real problems that modern high schoolers actually have to deal with.

It tackles mental illness, relationship problems, and academic pressures in a way that can help real-life students deal with these problems.

And it’s all thanks to the thoughtful media that came before it.