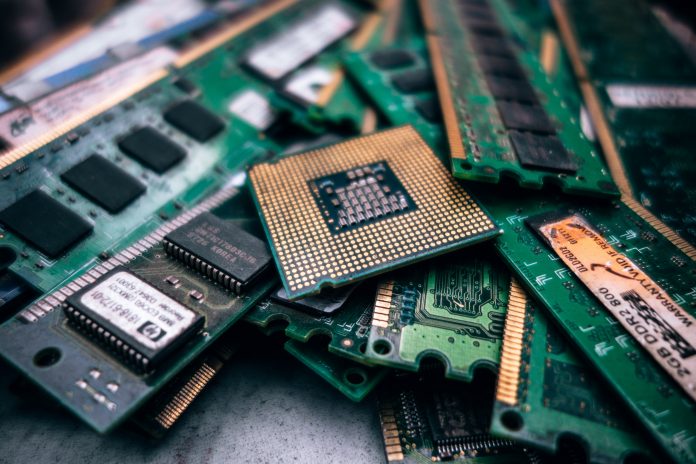 PC gaming has become a bit of a strange monster these days. It has largely become a community that prides itself on being somewhat exclusive.

For many, PC gaming is the only true form of hardcore gaming.

But it didn’t always used to be this way. Specifically, back in the 2000s, PC gaming was still in its childhood.

Sure, there were DOS games and a string of mildly interesting games available for 90s Macs and PCs, but the 2000s widened the scope of what could be done in computer gaming.

From children’s games that claimed to be educational to early multiplayer experiences, these early computer titles showed developers that PC gaming was a lush market, ripe for many more smash hits.

Here are just a few of the best computer games from the early 2000s, for hardcore gamers and casuals alike.

If you’re more of a Nintendo person, check out our list of the best GameCube multiplayer games.

Ok, so as we all know, WoW was one of the very first MMOs to gain mainstream attention. I mean hey, South Park made an entire episode about the world’s obsession with the game and the episode won an Emmy.

What other video game has reached that same level of cultural dominance?

We can answer that for you: not a heck of a whole lot.

But WoW showed the world, and especially the gaming community, what was possible when a well-designed game continued to receive attention from developers and players alike.

This game not only spawned a number of sequels but also a whole bunch of spinoffs. But the original version of The Sims opened up a whole new style of gameplay.

It was basically just one big sandbox game, one where you could recreate aspects of your own life or create new characters to follow as they went about their day-to-day lives.

This was basically the precursor to Second Life and many other life sim games that offered a new flavor of escapism.

The GTA franchise remains one of the most inventive video game series of the 2000s, or the 21st century so far, for that matter.

GTA III, at the time of its release, was undeniably the best game of the series thus far. And it still holds a place in the hearts of many gamers the world over.

It developed the idea of open-world gameplay in a way that still guided players along a wacky storyline.

It worked incredibly well as a solo experience, especially when you factored in the possibilities for personalization and individual gameplay styles.

But despite the game’s almost perfect scores from many different reviewers and publications (the game still holds a 97/100 on Metacritic), it also managed to ruffle some feathers.

By this point, the GTA series had come to represent what more conservative members of the public deemed as overly violent and sex-crazed.

And sure, the game definitely promoted irreverent and illegal behavior in the game-world, but what non-players didn’t understand was that this was just what life was like in the GTA universe.

It was fun because these are things no one should do in real life. And ever since, that same idea has helped many other developers create fantastic games based around the same concept.

Long before PUBG and Fortnite, Team Fortress 2 showed us all how much co-operative shooters could be.

No, it didn’t make use of a battle royale gameplay style, but TF2 found itself an incredibly dedicating following that lives on to this day.

Perhaps the game’s greatest asset was its focus on cartoony character design and equally cartoony action.

Realistic shooters like Call of Duty or even PUBG have a completely different tone because of their graphics, and as a result, it attracts a different kind of fanbase.

TF2 never took itself too seriously, and so its players didn’t take themselves too seriously, either. And when it comes to an online multiplayer game, that’s almost more important than the gameplay itself.

Freddi Fish 5: The Case of the Creature of Coral Cove

Alright, now we’re gonna swing back around to one of those games that could technically be considered educational.

To part the curtain here for just a second, I was about 8 years old when this game was released, and at the time, Freddi Fish was my favorite video game series.

Well, to be fair, it was the only game series I’d ever played so far in my young life.

These point-and-click adventures from Humongous Entertainment were a great introduction to a genre that would be developed even further with the advent of flash games.

In fact, you could almost say that these types of games indirectly inspired the whole escape room craze.

With each screen in the game, you simply have to look around for the smallest possible details and find ways in which those details relate to other parts of the game you’ve already seen.

It’s basically a long string of side quests that, when linked together, made for an exciting and satisfying story arc.

And don’t worry, I was also a big fan of Spy Fox and Pajama Sam, but most of their games were released prior to 2000, and so, unfortunately, we can’t go into them in detail in this list.

Dollars to donuts, Zoo Tycoon was a heck of a lot more entertaining and engaging than Rollercoaster Tycoon.

You might be saying, “What about the POV ride-along feature on Rollercoaster Tycoon? That was pretty neat.”

Yes, it was, but it also required more processing power than the family Dell was capable of, making for a 3 frames per second gaming experience that felt more like a seizure than a video game.

Zoo Tycoon held onto some pretty simple mechanics, allowing for smoother performance while still giving you the chance to do lots of crazy things.

You could mess with your patrons, set animals loose on purpose (I mean, by “accident”), and jack up the price of a soda until concessions became your biggest source of income.

And the game’s expansion packs allowed for the addition of marine animals as well as dinosaurs, offering kids a unique power fantasy.

Crash Bandicoot: The Wrath of Cortex

I’m willing to bet that, if you know what a bandicoot is, it’s only because you’ve played the Crash Bandicoot series.

This 2001 sequel to the OG PlayStation platformer sold a bunch of copies, even if critics didn’t think of it quite as highly as its predecessor.

Mixing in clever level design, crazy characters and zany platforming elements that felt like they would’ve been fresher if released 5 years earlier, Cortex makes our list because it marked the first time the series could be played on something other than a PS1. It also introduced some new (if slightly forgettable) characters to the franchise.

Though the original Crash was made by the now household name Naughty Dog, Cortex also marked the first time a third-party developer would be working on the franchise. Unfortunately, the next decade would see the Crash Bandicoot series go through a series of developer changes.