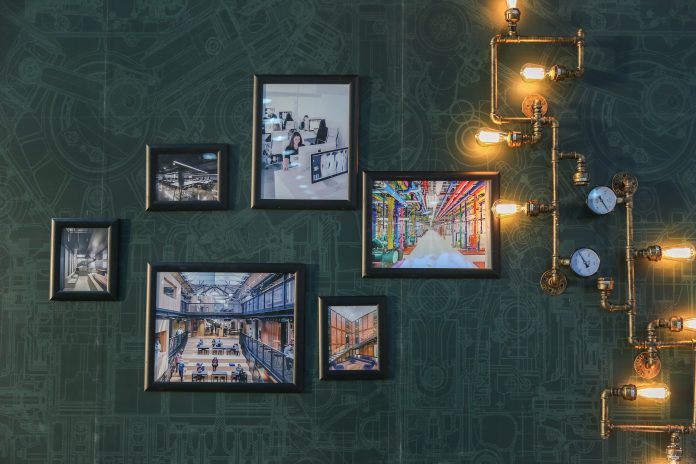 Art in general has a pretty lofty reputation. It’s held in high regard by the upper echelons of society the world over.

And you’ve most likely heard about the astronomically high prices that certain paintings can fetch when put on auction.

Unfortunately, a passionate love of art, especially love of visual art, has taken on as association with wealth and social class.

Like fashion, art was never intended to be an inherently elitist medium.

It simply evolved over years and years of subtle changes, to the point where museums and art auctions can feel exclusive or condescending.

Similarly, arthouse theaters and symphony halls can feel out of touch with mainstream trends and general audiences. Art doesn’t necessarily have to have a job, and it doesn’t have any inherent responsibilities, either.

But artwork that does have an impact, whether it be a movie, music, visual art, or a book of prose or poetry, is just that much more valuable to the world at large.

One of the most immediate ways that a piece of art can have an impact on an audience or an entire society is by holding up a metaphorical mirror to the things we already do, feel, and say.

Famously, the genre of science-fiction was originally intended as a way to speak about contemporary issues by making the characters, worlds, and conflicts otherworldly first.

From these fictional settings, it was much easier to comment on the events that were taking place in the real world.

A great example of this technique is George Orwell’s famous dystopian novel, ‘1984.’

This book was a way for Orwell to comment on the danger and brutality of totalitarian governments in the early part of the 20th century.

It also gave him an opportunity to warn against allowing any group to have control over the privacy and wellbeing of individuals.

The novel would not have had as great of an impact if it had instead been a nonfiction book about recent political history.

But by removing the situation to a foreign and fictional landscape, readers throughout the decades have been able to engage with challenging political topics on a much more accessible level.

The physiological source of inspiration is still a mystery, as Noam Chomsky explains in the Michel Gondry film, ‘Is the Man Who Is Tall Happy?’ from 2013.

But on a more practical level, we each know what tends to inspire us. We may be inspired by a sports figure or the success story of a tech whiz like Steve Jobs.

Or, for many people, art itself can be a wonderful source of inspiration.

Positive storylines and happy endings, in particular, can have a profound impact on the viewer, encouraging them to engage more actively in their own life.

Simultaneously, a story with a heartbreaking ending can also inspire viewers to take action against injustices that they’ve seen up-close in their daily lives.

Even poorly executed works of art can serve as inspiration for young artists, who now see that they may be capable of making something much better, with more care and attention to detail.

A cure for loneliness

But art itself can serve as a kind of social experience unto itself. It’s a way to observe fictional or true-to-life individuals as they work their way through conflict.

Art can teach us lessons, no matter how subtle. Works of art can show us different approaches to life, different philosophies and cultures, all in service of leading a better life of our own.

It’s a way to discuss very real subject matter, often without saying anything at all yourself.

Culture is a necessary component of any society.

Even ancient civilizations had multiple means of artistic expression, all surrounding a constantly evolving sense of collective self.

And a society without culture can later be found to be lacking a communal identity.

This is why even more controlling government systems of the past have encouraged artistic and cultural creation.

For example, Mao was adamant about his Cultural Revolution.

He wanted culture to continue, but within the parameters of the idealistic society he wanted to create.

Meanwhile, here in the United States, the diversity of lifestyles and upbringings has resulted in a wide and varied cultural lifeblood that, once again, reflects who we are as a people.

A means of connection People become very passionate when they find a piece of art that they truly enjoy. This has become incredibly clear with the recent rise of fandoms in American culture.

Thanks in part to the new level of inter-connectivity offered by a simple internet connection, people who share common cultural and artistic interests have been able to find and interact with each other.

Fan conventions are another great example of art’s impressive power to bring people together.

Love of a singular entity or show or movie can help bridge wide gaps between people who might have otherwise never gotten to know each other at all.

Talking about the big picture

There are certain very serious subjects and topics that are difficult to discuss in the setting of a normal conversation.

These could be political or social issues, or just painful or difficult real-life stories in general.

And while we all recognize that we need to talk about these heavy subjects in order to improve life for ourselves and others, actually talking about them can be trying, to say the least.

Art, however, can offer us a means of discussing these major issues indirectly. We can talk about a movie portraying the situation rather than the situation itself.

And while this isn’t a means of coming up with long-term solutions, it is an entry point for many difficult conversations, one that we should all consider.

It’s up to you

But ultimately, whether a specific work of art has real meaning is entirely up to you.

There is inherent value in artistic expression, but that doesn’t mean you suddenly have to connect with Warhol’s screenprints of Elvis Presley.

It’s your life, and you decide which work resonates with you.

Like the Taj Mahal? The Palestinian Refugee Settlement that Wants to...

‘Police Would Have Fired If It was the UK’: Trump’s Capitol...