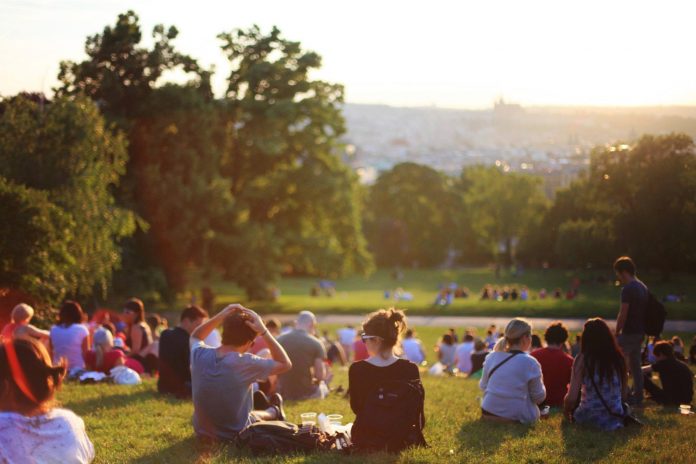 Parks and Recreation was a surprising hit, started just a couple years after the launch of the American version of The Office, by the same guy, in the same faux-documentary style.

And for the first season or two, it tried to be The Office, with Leslie Knope standing in for Michael Scott.

But from season 3 onward, the show found its own voice and its own focus, namely promoting public service as a positive means of bringing change to your community.

Who could have guessed that such a progressive show would find a dedicated following and last as long as Mad Men (I’m not counting that weird half-final season)?

But it did, and many of those episodes were actually pretty good. And we have made the effort to compile the best episodes of Parks and Rec right here.

So go ahead and sift through each of them, and watch them on Netflix immediately because you definitely have access to someone’s account.

If you’re feeling even more nostalgic, then you may want to check out this list of our favorite 90s high school dramas.

During my personal rewatches of the show, I tend to start with this very episode. For one thing, the first couple of seasons still feel a lot like an imitation of The Office.

But once Adam Scott and Rob Lowe step onto the scene in The Master Plan, the show starts to feel much brighter and far more original.

Scott and Lowe play a pair of state government representatives who have come to help Pawnee sort out their budget crisis.

For an enthusiastic government employee like Leslie Knope, this represents a major threat to her job and her entire department.

She’s forced to deal with the fact that all her planning couldn’t save her from the unexpected, and as a result, her character grows and we get to see a side of her we haven’t seen before.

This episode, from much later in the series, is an excellent example of how Parks and Rec could sometimes operate as a tiny little allegory for the United States as a whole, and the kinds of arguments we tend to get into.

In this case, a fast food chain is trying to use direct government influence to prevent a sugar tax, which could significantly cut into their profits.

Meanwhile, good ol’ Leslie, who has recently been elected to city council, just wants to help make her hometown happier and healthier by making it illegal to sell sugary drinks of ridiculous proportions.

This episode is one of the first to hint at a Ben Wyatt and Leslie Knope romantic storyline. The two are sent on a road trip to, you guessed it, Indianapolis, where they’ll be bidding for the state little league championships to be held in Pawnee.

They do their best to keep from becoming romantically entangled, but they fail pretty quickly and have to consider the potential consequences of their actions.

It’s a new age in Pawnee, and Eagleton is starting to become integrated with Pawnee. As a symbolic act, Leslie plans to have a wall separating the two towns demolished, which causes a swarm of bees to attack the crowd.

This only aggravates tensions between the two towns, leaving Leslie to plead her case for a unified vision of the future.

It’s thoughtful, funny, and surprising. All in all, it offers some of the best parts of the show as a whole.

This is the first episode in the series that gives us a close look into Eagleton, Pawnee’s wealthy neighboring community.

The people, the landscaping, and the food are all beautiful.

It’s also an opportunity for the show to display its powerful worldbuilding skills. Eagleton feels both exaggerated and realistic at the same time.

It’s a hilarious combination of many things that we’ve come across in our own lives. And it sets up the stage for a series-long rivalry that’s always fun for the viewer.

All in all, it’s an ensemble performance and one that stays funny after many rewatches.

The show’s exciting arc for all of season 4 is Leslie’s election bid for a seat on the city council of Pawnee.

Her opponent is Bobby Newport (ably played by a jovial Paul Rudd), heir to the Sweetums candy fortune and head of the company that employs a big chunk of the town.

In this episode, Leslie and her campaign team try to create the best possible campaign ad. Leslie makes a positive ad while Ben heads up a negative attack ad.

It’s a moment where Leslie’s ideals are threatened. And while the show teases a moment where she may concede, it eventually finds its way to a compromise that satisfies everyone involved, including the viewer.

Season 3 of Parks and Rec is all about the Harvest Festival, Leslie’s first major Parks project of her career.

It’s a long struggle, and one that we see from many different angles. In this episode, we watch and Leslie and her crew try their best to get the word out on the festival, ensuring that people will actually show up.

While appearing on a local radio show, Ben freezes up completely in the face of his embarrassing past in which he bankrupted his hometown by creating a winter-themed recreation center called Ice Town.

From one of the show’s later seasons, Cones of Dunshire will always hold a special place in our hearts for its feeling of joy and fun.

It’s an easy episode to watch, especially if you’re a fan of the writings of David Foster Wallace. This episode contains a number of references to Wallace’s famous novel Infinite Jest.

But even on a surface level, this is an episode where the B-plot, centering on Ben and his new job at an accounting firm where he’s basically a rockstar, is way more fun than the A-story ever could have been.