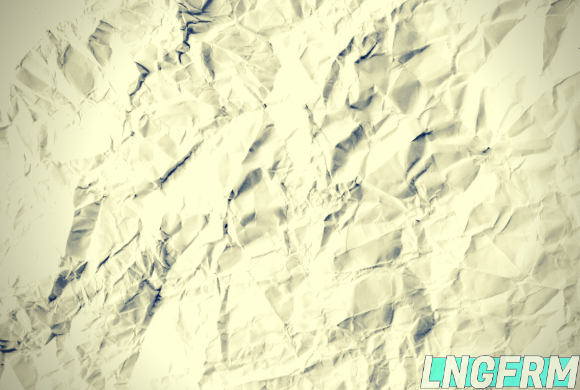 These episodes of The Office are for everyone

Let me tell you a quick story.

When I first found out about The Office, the U.S. version, of course, I was still young living at home, where there were pretty strict rules about what we could watch.

I had lots of younger siblings and the kind of stuff I wanted to watch wasn’t always appropriate for all of them.

But the real problem was that The Office had nearly universal appeal. There was so much about it that was funny to everyone in the family.

This made for a tricky situation. We all wanted to watch the show, but we couldn’t let the younger kids absorb the more adult content, which the show has plenty of.

Just in case there’s anyone out there in a similar situation who wants to make The Office acceptable for family viewing, I’ve put together a list of clean episodes of The Office for your viewing pleasure.

These episodes contain little to no foul language, adult content, or innuendo.

That said, it’s important to remember that the show is intended for adult audiences, and there’s always a risk of the Dunder Mifflin staff talking about something that kids aren’t aware of quite yet.

Assisting us with this episode lineup is Andrew Cohen, CEO of LA-based Confidential Cartoons.

With lots of experience making family-friendly content that doesn’t bore adults, Cohen provided some thoughts on the best PG-rated episodes of this beloved show.

If you’re looking for something a bit more serious, just take a look at our article on some of the best 90s high school dramas.

This episode is from one of the last Michael Scott seasons. Jim and David Wallace have a private meeting that Michael knows nothing about.

In fear of losing his job, he tells David that Jim is a terrible employee and that he shouldn’t be promoted.

He later learns that Jim’s promotion would have meant a promotion for himself as well. He tries to salvage the promotion with David over the phone, eventually resulting in a wacky set-up where Michael and Jim become co-managers of Dunder Mifflin Scranton.

This is actually one of the cleanest episodes of the entire series. It’s just some good old-fashioned fun with characters that we haven’t gotten to know that well so far.

Even better, this episode is early enough in the series that every character still feels like a realistic portrayal of a typical office worker.

This makes the scenarios funnier and more like those found in a real documentary.

This is also the episode where Michael signs his famous condo, which later serves as a wonderful setting for some incredibly awkward episodes.

This episode doesn’t seem to make a lot of Best of The Office lists, and that makes me sad. It’s a delightful little episode that just wants to make you smile.

Dwight is being recognized as the salesman of the year at a conference, and Michael takes it upon himself to train Dwight in the ways of performance, despite knowing nothing about it himself.

But the best section of the episode is when Jim gives Dwight speaking tips based on the great dictators of the 20th century.

By the time the speech rolls around, Dwight uses fascist speaking methods to bring the crowd over to his side.

It ends up being one of Dwight’s shining moments, one where he finally makes himself more likable, but for all the wrong reasons.

This is a classic episode of the show that tells the story of Dwight getting fed up with power dynamics at the office. Angela encourages Dwight to take matters into his own hands.

He goes behind Michael’s back to speak with Jan about taking over as regional manager.

The scene where Michael confronts Dwight with his suspicions is arguably one of the best scenes in the entire series.

It’s one of those fantastic episodes where we get to see Dwight at his worst, and yet he’s still somehow likable.

If you’ve already seen this episode, then you probably have a good idea of why it made the list.

It’s a wonderfully funny episode that finds its humor by cutting to the core of Michael Scott’s character.

Michael realizes that his office life is cushy and relatively free of any real challenges. When the warehouse staff confronts him on the matter, he goes out of his way to concoct a dramatic safety demonstration on the dangers of depression.

This involves renting a trampoline and a bouncy castle and accidentally committing a hate crime by smashing a watermelon on Stanley’s car.

The best episodes of The Office are the ones when each character sticks to their specific personality traits.

Everyone pulls together to create a singularly unique commercial for Dunder Mifflin Scranton, one that will never actually air.

It’s also one of the first episodes where we see Pam really put her illustration skills to use.

And thankfully they refrain from cursing each other out in this episode, leaving it squeaky clean for family viewing.

Here’s another great episode where Michael tries to convince himself of something by trying to convince others.

In this case, he’s trying to convince high schoolers to sign on as interns with Dunder Mifflin, pitching the workplace as a fun, exciting environment where everybody just laughs the day away.

Meanwhile, Pam has to come to terms with the fact that she never really chased her dream of becoming an artist, destined instead to continue working as a receptionist at a mid-tier paper supplier.

But don’t worry, the episode stays funny, despite developing plot lines that will continue into later seasons.

Dunder Mifflin Scranton finds itself with a substantial budget surplus, leaving Michael to decide how to spend the money: either on new office chairs or a brand new copier.

Unfortunately, Michael is largely incapable of making serious decisions of any kind, including this one.

The episode quickly becomes an exercise in brown-nosing, with everyone kissing up the best they can to sway Michael to their side.

If you’ve worked in an office before, you may have seen a similar situation before, one where everyone does their best to manipulate the boss. And this realism makes the whole thing a lot more fun.

Where Should I Watch The Office?

To watch these episodes of The Office (or really any episode of the office) you can check out Netflix.

If streaming isn’t your style, we recommend just picking up the DVDs so you can always get your fix of The Office when you need it.

The Office is one of the most famous TV series of all time – no kidding, many adults can vouch for that. This is because it revolves around life at, obviously, the office, where everyone is busy and bustling to get things done before finally clocking out.

In watching this TV series, you will realize that they are showing what working in the corporate world looks like – there’s always a hard boss that pushes you to do more work than you can, an annoying workmate who thinks he’s better than you, and you who’s just trying to survive working in a toxic environment one day at a time.

This TV series will also teach you life lessons and things you shouldn’t do if you want to live peacefully in this world. This includes being appreciative of what you currently have but also learning to speak up when things are not being done right or when you are wronged.

The office is more geared towards adults who are experiencing a mid-life crisis. It sometimes leads you to ask a question, “What can I do to get out of this hellhole?”

Don’t have an answer? Check out the many episodes of The Office – clean or not, it will speak to you in more ways than you can imagine.